What Kind of Oil Is Heating Oil? 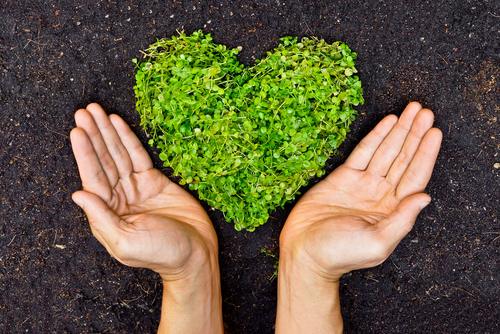 There is a lot of work involved before heating oil eventually reaches your heating oil tank. It all begins with refineries extracting heating oil from crude oil, which is a complex mix of hydrocarbons plus oxygen, nitrogen, and sulfur. The refining process separates crude oil into different “fractions” while removing impurities.

Next, even heavier fractions from crude oil are transformed into No. 4 or No. 6 heating oils. This is used for commercial and industrial buildings, schools and hospitals.

In recent years, there have been significant strides in the refining of heating oil that make it much cleaner and increasingly greener. Notably, most of the sulfur content has been removed, which is why today’s heating oil generates so little soot compared to the past. Heating oil is also being blended with 100% renewable biofuel made from plants and other organic matter. This further reduces the fuel’s carbon emissions.

Lawman’s Delivers B20 Bioheat Plus® Fuel

Lawman’s Oil has delivered heating oil blended with renewable biofuel for a few years now. The B20 part of our B20 Bioheat Plus fuel stands for what percentage of the fuel is made with biofuels. That means that our Bioheat fuel is made with 20% biofuels. This high level of biofuel is why B20 Bioheat Plus fuel burns extremely clean—generating less greenhouse gas emissions than a natural gas system.

Clean-burning Bioheat Plus fuel has virtually no negative impact on the environment. It produces near-zero levels of particulate matter during the combustion process.

Because of its super-clean-burning properties, Bioheat Plus fuel also eliminates the source of most equipment issues.

As biofuels in Bioheat fuel are increased in the coming years, this highly refined home heating oil will move closer and closer to becoming a carbon-neutral fuel.

Bioheat fuel is also made in the United States, which supports local farmers, local industries, and the local economy.

Because it is cleaner burning, Bioheat Plus fuel helps to increase system efficiency, which reduces your home heating expenses while still keeping you comfortable.

B20 Bioheat Plus also leaves fewer deposits on your system’s internal parts. That helps to reduce wear and tear, meaning you will likely have fewer breakdowns and a longer life expectancy for your oil boiler or oil furnace than compared to running it with traditional heating oil. And while B20 Bioheat Plus fuel can do all these things, it functions the same way conventional No. 2 heating oil does. That means you don’t need to add anything to or modify your boiler or furnace in any way.

Heating oil has always been one of the safest home heat sources because it’s nonexplosive and the fuel in its liquid state cannot ignite.

Helping Others with Our Bioheat Plus Fuel Deliveries

You can make a difference by making Lawman’s Oil your preferred heating oil delivery company. For several years now, we have donated 1¢ of every gallon of heating oil we have delivered to the American Breast Cancer Foundation.

Please go to our Customer Portal if you need a heating oil delivery.