Is Bioheat® Fuel Better for the Environment?

Answers to Your Questions about Our Clean Burning Fuel 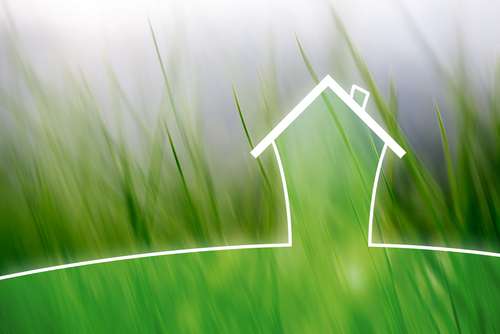 As we near the end of a summer season that was filled with loud warning bells about the deadly effects of climate change—record-high temperatures, droughts in some places, flooding in others, severe storms and wildfires—curiosity is growing about our environmentally-friendly Bioheat fuel. We’ve tried to provide answers to the most common questions our customers have about this renewable fuel, which represents a smart solution for the delivery of a better, clean-burning fuel for your home and our environment.

Why Is Bioheat Fuel Better for the Environment?

Bioheat fuel has been proven to reduce emissions because it is low-carbon heating. The biodiesel that is blended with heating oil is considered a biogenic fuel that eliminates carbon output. By contrast, when traditional fossil fuels that do not contain biodiesel are burned, they take carbon that was stored in soil and put 100% of that carbon into the atmosphere.

By contrast, the combustion of biofuels and other biogenic energy sources recycles carbon-dioxide emissions through renewable plant materials and other biomass feedstocks. That’s why you’ll keep hearing a lot about net-zero carbon emissions in the years ahead.

Can Bioheat Fuel Really Save Me Money?

Yes. Bioheat fuel burns more cleanly and more efficiently than conventional heating oil. You’ll use less heat to get the same amount of warmth, and your heating system will last longer. You’ll also likely find that you need fewer repairs on your system. You may also be able to extend the time between system maintenance service. All of this amounts to savings on your household heating expenses.

How Is Bioheat Fuel Made?

Bioheat fuel is a blend of ultra-low sulfur heating oil with renewable biodiesel that’s made from organic and recycled products. These products can range from soybean oil, used cooking oils and inedible corn oil to canola, tallow, fats and algae. New studies have also shown the viability of using various grasses for the production of biofuel.

These renewable products are defined as feedstocks for producing biodiesel. Blends of biodiesel in heating oil are designated in percentages. For example, a 5% blend of biodiesel is defined as B5. B10 refers to a 10% blend, while B20 is a 20% blend. B20 Bioheat is officially known as Bioheat Plus® fuel, which is the fuel that Lawman’s Oil delivers to your home.

Is Biofuel the Same Thing as Bioheat Fuel?

No. Biofuel is a broad term that can include various products including not only biodiesel, but ethanol, renewable hydrocarbon diesel, and raw vegetable oil known as RVO or LR100. It’s important to note that raw vegetable oil does not meet industry specifications; it is not biodiesel or Bioheat fuel and it is not suitable for home heating oil use.

Is Bioheat Fuel Made in America?

Yes. Bioheat fuel is domestically made and helps our economy by helping meet our nation’s energy needs without incurring the cost for new land use or drilling, or paying premium prices for imported fuels.

The U.S. biodiesel and renewable diesel industry now support about 65,000 U.S. jobs and more than $17 billion in economic activity each year.

Nationwide, some three billion gallons of biofuel were consumed last year, and biofuel use is expected to exceed six billion gallons by 2030. This will eliminate over 35 million metric tons of CO2 equivalent greenhouse gas emissions annually. Expect those numbers to get even more impressive as biodiesel takes us farther along the road to clean energy.

Do I Need to Replace Or Change Anything on My Equipment to Use Bioheat Fuel?

A: No. Most major heating system manufacturers accept Bioheat fuel as covered under their warranties for use, and you won’t need to make any changes to your furnace, boiler, or oil storage tank to use it. Performance standards for Bioheat fuel have been approved by ASTM International, an organization that sets industry standards for fuels and lubricants.